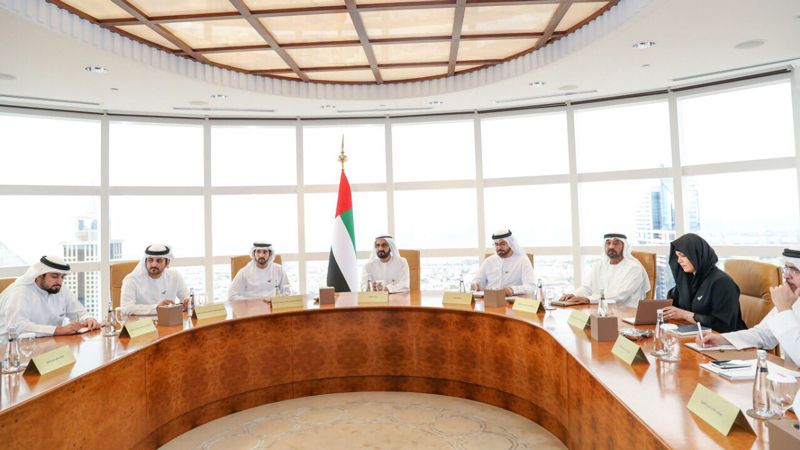 His Highness Sheikh Mohammed bin Rashid Al Maktoum, Vice President and Prime Minister of UAE and Ruler of Dubai, made an important announcement at the second Dubai Council’s meeting, held on 14 January about the formation of the new district. The new district has been named ‘Dubai Future District’, with which the new economy is set to take shape in Dubai.

HH Sheik Mohammed tweeted: Today, at the second Dubai Council session, we launched the Dubai Future District, a new space dedicated to the development of the future economy, as well as an AED1 billion fund to support the new economy companies who can power Dubai’s future growth.

The announcement of the new district is supported by the fund of AED1 billion, which will be used to support the new economy companies operating from Dubai Future District. With this announcement, Sheikh Mohammed has a vision that foreign investors and talents will position Emirate as a preferred destination.

With a vision to make Dubai, Global Economic Capital, HH Sheikh Mohammed said on Twitter: We also outlined directions to raise Dubai’s volume of non-oil foreign trade to AED2 trillion by 2025. To achieve this, we have assembled a team to set-up a new logistical & legislative framework to open new markets, as we prepare to become the capital of the new economy.

HH Sheikh Mohammed also tweeted: The Dubai Council’s work will dramatically increase in the coming months. 2020 will be a year of significant change & real transformation on our journey over the next decade. My message to the strong-willed among us is to prepare yourself for a new era full of possibilities.

Dubai has decided to implement disciplined financial policies in line with international best practices. This was evident in the fiscal year 2020 budget. Abdul Rahman Saleh Al Saleh, director-general of Dubai’s Department of Finance, expressed to offer economic incentives to attract more investments. This will improve the emirate’s competitive position and implement the goals of the strategic plan 2021.

Sheikh Mohammed has shown his commitment to continue working for the betterment of emirate. He did this by launching many joint projects in line with the Document announced on January 4, 2020. The Sheikh has taken different initiatives to develop the emirate. He did this by welcoming talents from local and foreign, creating job opportunities, supporting entrepreneurs and startups financially, and facilitating new companies and innovative ideas, which will design the economy of the future.

To support the economy of the future, ten initiatives will be launched soon:

What Dubai Future District holds for the Property Market?

If you are a real estate investor, you would have already heard about the rise in Dubai’s property market and property transactions hitting 11 years high in 2019, which was an outcome of new government policies. Dubai Marina, Downtown Dubai, and the Palm Jumeirah is a popular area for renting. They have made a significant contribution to this achievement.

Implementation of new government policies and different lucrative schemes offered by developers have already made Dubai a perfect destination for investment in the property market to gain good returns. Now, an announcement of Dubai Future District with the initiative explained above will act as icing on the cake for Dubai’s real estate market for foreign investors. This will also give a chance to earn great returns on their investment.

There are great opportunities to invest in some of the surrounding areas, where Dubai Future District is set to debut. Jumeirah Beach Residence Dubai, Dubai Creek Harbour, Business Bay, Dubai Marina, Dubailand are some of them, to name a few. These areas are in easily approachable vicinity of the announced new district. This makes them a perfect place for investors to buy properties.

These areas hold a variety of properties ranging from studio apartments to villas. You may pick and choose which may suit your pocket considering choice and amenities.

One Investments - All Rights Reserved 2022
WhatsApp us